Lifestyle Changes Can Lower the Need for Blood Pressure Medications

It’s very common for people to need multiple anti-hypertension medications to lower their blood pressure into an acceptable range. If you resent taking medications, try diet and exercise. Researchers studied 129 overweight adults with blood pressures between 130 and 160 millimeters of mercury (mmHg) systolic and 80 and 99 mmHg diastolic, but who were not taking anti-hypertension medication. The researchers randomized one-third to the DASH diet (an eating plan designed to lower blood pressure) plus supervised exercise three times a week and behavioral counseling for weight loss. One-third were randomized to the DASH diet only. The remainder made no changes to their diet or exercise habits. Over a 16-week period, those who participated in the diet, exercise and counseling group lost an average of 19 pounds and reduced their blood pressure by an average of 16/10 mmHg. The diet-only group lowered their blood pressure an average of 11/8 mmHg. Blood pressure in the group that made no changes dropped only 3/4 mmHg. At the end of the study, 23 percent of those who changed their diet only and 50 percent of those who made no changes still needed blood pressure medication. However, 85 percent of those who adopted the diet and exercise program no longer needed anti-hypertension drugs, researchers reported at the American Heart Association’s Joint Hypertension 2018 Scientific Sessions in September.

Going to bed at the same time every night and waking up at the same time every morning may indicate you have an unexciting social life, but it also may help ward off heart disease. The importance of getting enough sleep and enjoying high-quality sleep is well known. Now, a study reported online Sept. 21 in Scientific Reports has found that keeping a regular sleeping schedule may be even more important. Regular sleep helps keep the body’s circadian clock on track. A study of 2,000 older adults found that those who slept regular hours weighed less and had lower blood sugar levels than those with irregular sleep patterns. Irregular sleepers tended to sleep fewer hours at night and nap more in the daytime. They also tended to have higher rates of obesity, hypertension, fasting glucose levels and diabetes that were associated with a higher 10-year risk of heart disease. When duration, timing (night owl or morning lark) and regularity of sleep were examined, irregular sleep had the strongest negative impact on health.

Participating in Social Sports May Be Key to a Longer Life

Exercise is one activity known to help ward off heart attack and stroke. It would seem logical that all sports that increase your heart rate would be equally beneficial, but a study of the connection between lifespan and sports arrived at a different conclusion. The observational study, published online Sept. 4 in Mayo Clinic Proceedings, found that tennis, badminton and soccer were far more likely to increase longevity than health club workouts, swimming, cycling, jogging or calisthenics. What do tennis, badminton and soccer have in common that the other activities don’t? They are social sports. As the researchers explained, social isolation is one of the strongest predictors of a cardiovascular event and premature death. Social sports appear to satisfy our need for human interaction. Interestingly, those who worked out at health clubs spent the greatest amount of time per week exercising, but had the lowest gain in life expectancy.

After Age 75, Only People with Diabetes Benefit from Statins

After a heart attack or stroke, statins have such a powerful effect on preventing a second event that these beneficial drugs are universally recommended for secondary prevention. But just who should take statins to prevent a first cardiovascular event (primary prevention) is less clear. A large observational study published online Sept. 5 in BMJ found after age 75, statins provided no benefit as primary prevention, except in patients with diabetes. In people with this risk factor, statins reduced the risk of developing cardiovascular disease or dying from it up to age 85, but not beyond. 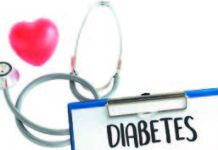