Home Arrythmia What Causes Snoring? It Could Be a Condition That Harms the Heart
Print
Email
Facebook
Twitter 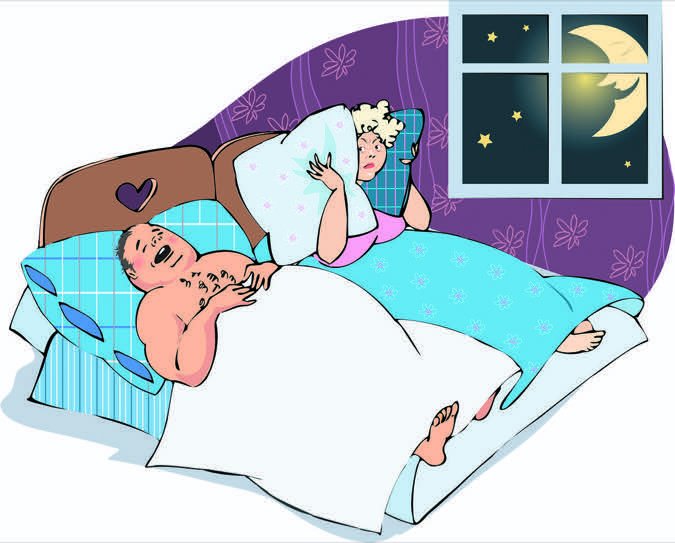 Snoring can be annoying for your partner, and a sign of a potentially serious medical problem for you. The sound of snoring is the vibration of tissue in your airways that is made worse because of blockage in or a narrowing of the airways.

“I think it’s important to realize that snoring can be more than just an annoying noise,” says Cleveland Clinic otolaryngologist and sleep specialist Alan Kominsky, MD. “It can be associated with obstructive sleep apnea, which is a serious issue that may need to be addressed.”

Obstructive sleep apnea (OSA) can keep you from getting enough healthy, deep sleep at night, increase inflammation, raise your blood pressure, and contribute to other health problems.

What causes snoring in some people can be nothing more serious than a little temporary sinus congestion. But that type of nighttime noise can still be fairly mild. There doesn’t appear to be a breathing problem.

OSA is perhaps the most common form of sleep-disordered breathing. It occurs when your breathing actually stops for a few moments many times throughout the night. The breathing is temporarily halted because your airways become blocked. Fortunately, your body signals the brain that your oxygen supply needs replenishing. Your brain then signals your windpipe and muscles in your airway to tighten up and resume breathing.

Snoring associated with OSA is also accompanied by gasping for air. Often a bed partner is the person who notices the snoring and the gasping first. This information should be shared with the snorer, and a doctor should be consulted.

What causes snoring and blockage in your airways could be any of several factors. You may have especially large tonsils. If you are overweight, a larger neck circumference could also restrict air flow while you’re lying down. And in some cases, alcohol or sedatives are to blame for relaxing the muscles of the airways too much.

No matter what causes snoring and sleep-disordered breathing for you, it’s vital that you seek a diagnosis and treatment if necessary. You may be a candidate for continuous positive airway pressure (CPAP) therapy. With CPAP, a small bedside machine pumps air through a hose attached to a small mask over your nose and mouth. The pressure is just enough to help keep your airways open. Other devices and therapies may also be helpful, but it all starts with a physical exam and a review of your symptoms by a doctor—ideally a sleep specialist, who may recommend an overnight sleep test to check for OSA or other conditions.

Other potentially helpful changes you can make to your nighttime routine include sleeping on your side and avoiding alcohol before bedtime.